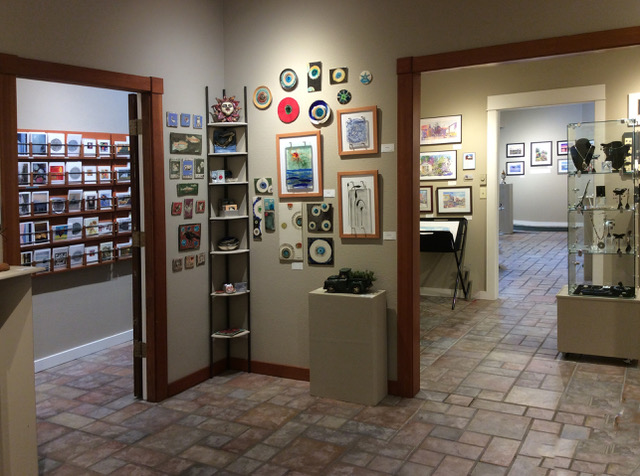 Whidbey Art Gallery is entering its 26th year of operation. The Gallery is the largest on Whidbey Island both in retail space and the number of exhibiting artists.  The Gallery is currently exhibiting the work of 36 South Whidbey artists. The art encompasses a wide variety of both media and subjects.

Whidbey Art Gallery owes its beginnings to Paul Schell, who built the Inn at Langley. In 1992, Schell approached Moe Jerome and asked if he could create an art space nearby that visitors would enjoy touring. Before Music for the Eyes opened next to the Inn, the Artists’ Cooperative Gallery (which became the Whidbey Art Gallery) was located there. In 2008, the economy tanked and the retail operation was closed, but the artists still did exhibiting wherever they could.

In 2011, as the economy began to rebound. The Whidbey Art Gallery moved into its current location at 220 Second Street in Langley.  The gallery originally occupied three rooms in the space, but now the cooperative has all five rooms. 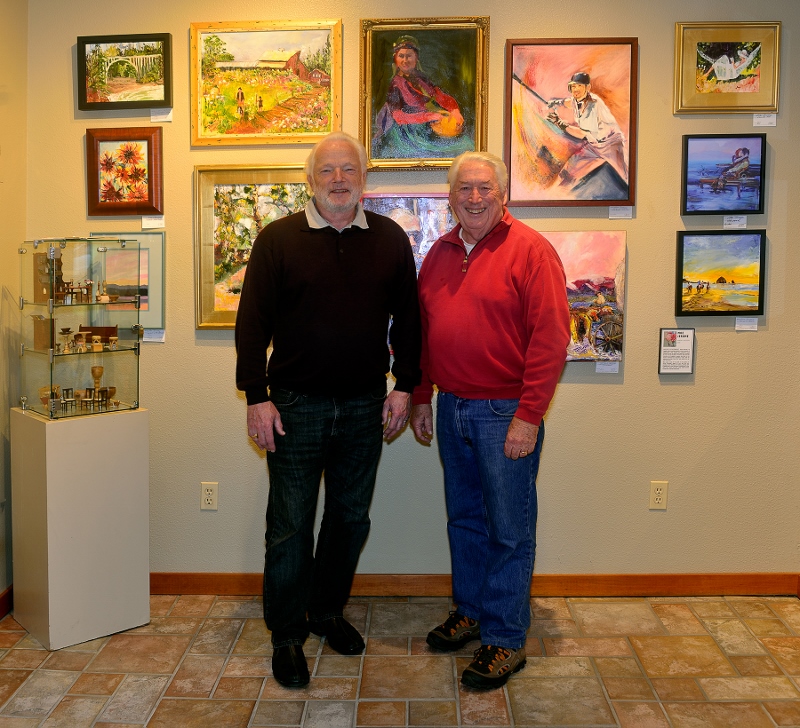 Whidbey Art Gallery attracts a wide audience of both local residents and visitors to the island.  A recent addition to the Gallery is the work of photographer Steve Eirschele. His art already graces several Whidbey Island homes.  Joining the Gallery in September will be local well-known painter Judith Burns.

In addition to the several artists that exhibit in Whidbey Art Gallery, the Gallery sponsored its first poetry reading.  Local poets Dallas Huth, Janice O’Mahony, Faith Wilder and Dianne Shiner entertained an overflow audience.  This is the first of many planned events that will be honoring local artists.

Whidbey Art Gallery is a great place to shop for lovely gifts. The Gallery features a variety of art mediums including oils, watercolors, acrylic, pastel, printmaking, photography, glass, sculpture, metal, mixed media, textures/fiber, jewelry, ceramics/stoneware, and more. Shoppers can choose from beautiful cards with prices starting at around $4 each or select a unique work of art selling for $4,000 or more. There is also a lovely sculpture garden outside the building.

Many of the artists who first came together in 1992 are still participating in the Whidbey Art Gallery. Moe Jerome, one of the founding members and a highly regarded oil painter, believes that working with other artists is a “growth experience.”  Tom Hanify, who is the Marketing Manager for the gallery agrees and adds, “I love being influenced by others; I get inspired by what I see.”

Nancy Duncan, an exceptional digital photographer, is on the Marketing Committee and she has been impressed with the caliber of the artists who share in the gallery. A juried selection process determines the regular and guest artists. Duncan especially appreciates the friendly atmosphere of the gallery: “This is a community for us to come and gather. We help and support each other.”

For more information about the Gallery, the artists in residence and featured artists, visit the website: http://www.whidbeyartists.com/, or give the Gallery a call: 360-221-7675.