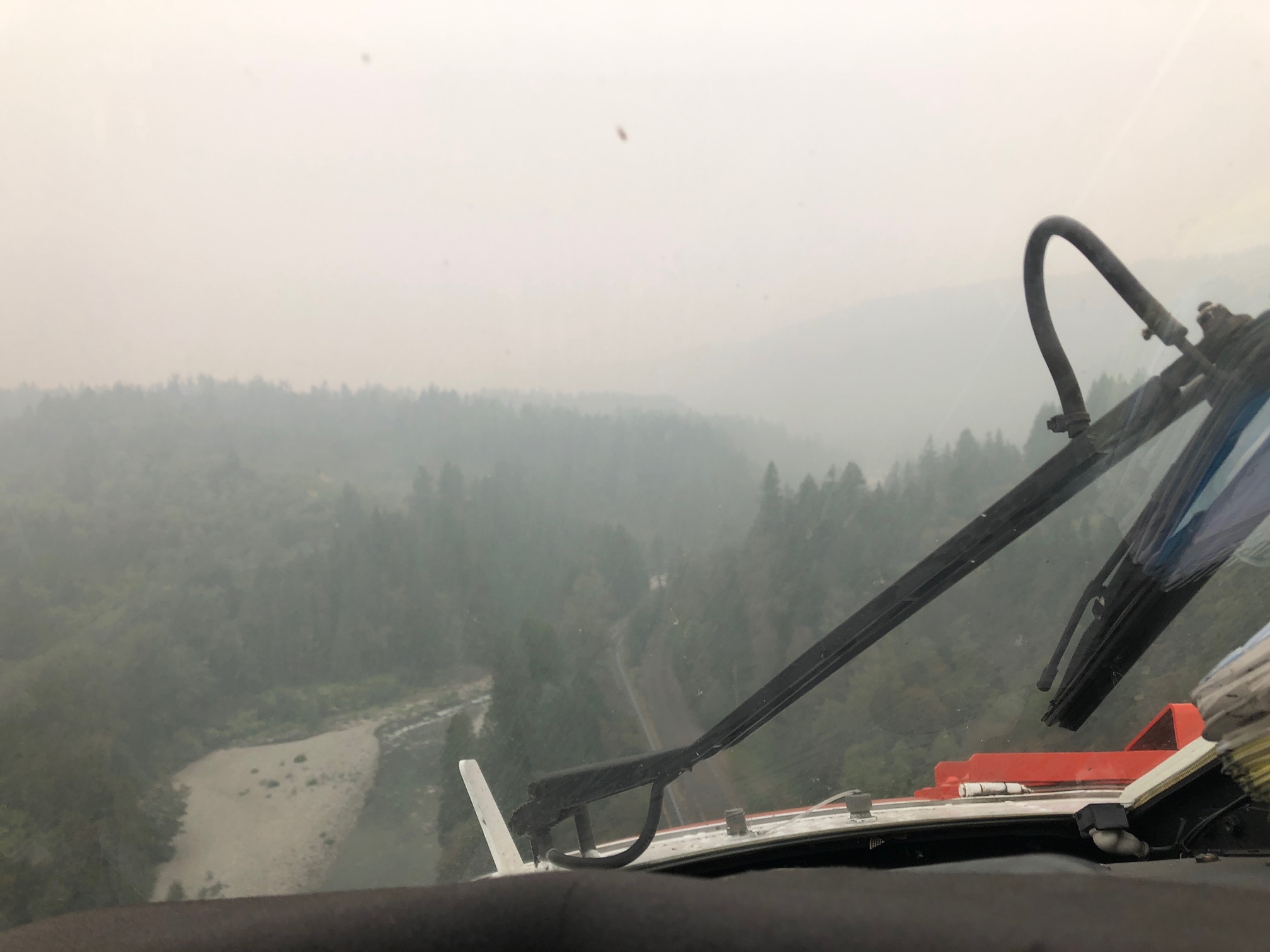 Hazy conditions caused by fires across the Northwest presented an additional challenge to NAS Whidbey Island's Search and Rescue Unit during a rescue mission near Stephens Pass on Saturday, September 12.

Due to poor visibility, the crew plotted their flight path using a program called Foreflight that took them along the western edge of Camano Island, over Everett and above Highway 2 up to Steven's Pass. Once there they found a valley that allowed them to access the location where the patient had fallen.

Once the crew reached the hiker's location, they were able to hoist the injured man and a rescue party aboard the aircraft then flew them to Steven's Pass Ski Area where an ambulance was waiting to transport the patient to a local hospital. 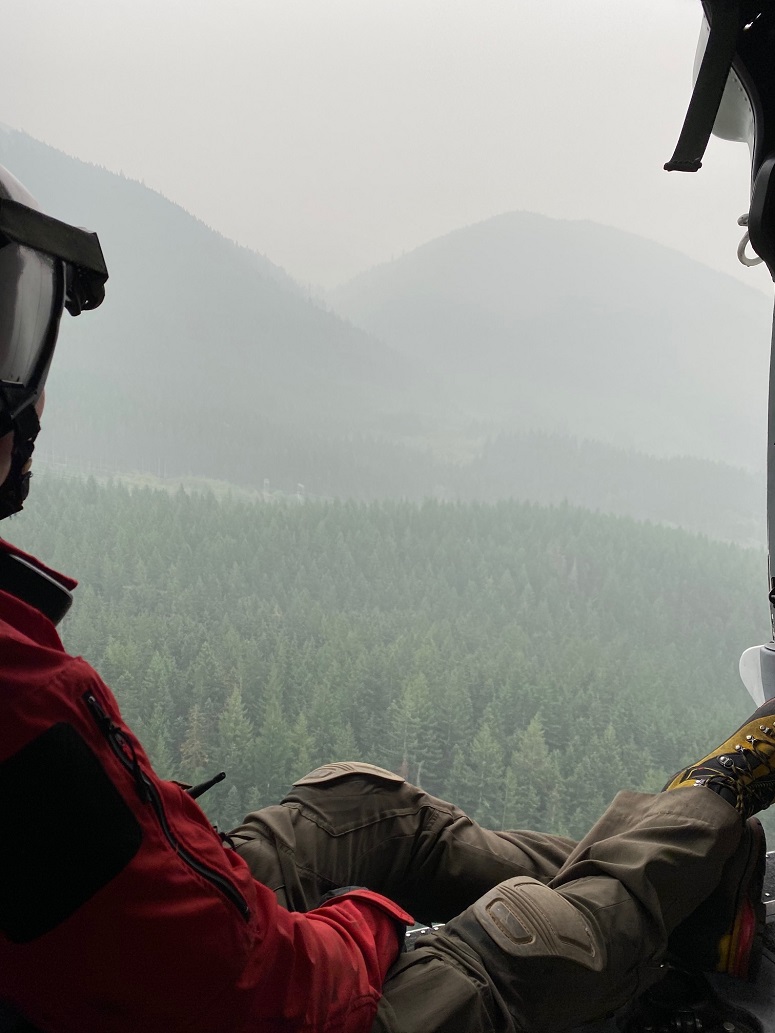 A NAS Whidbey Island's Search and Rescue Unit crewman glances over the terrain during a mission near Stephens Pass on Saturday, September 12.

Lt. Alex Castillo, the SAR Mission Commander, noted that the haze enveloping the area made the mission challenging, "This was one of the most complex rescues I have been a part of in my time here at Whidbey. We were only able to make it happen through deliberate and time critical risk management practices," he said.   "The crewmen in the back flew with the doors open and were able to continuously assist the pilots with obstacle clearance. I was constantly using Foreflight to update our position while Lt. Andy Soberman expertly maneuvered the aircraft."

This was the fourth SAR rescue this month. On September 4 they rescued a 56-year-old man near Snow Lake who suffered a concussion, a 27-year-old man vomiting blood at an altitude of 5,400 ft. near Mt. Ranier, and a 35-year-old man who suffered severe limb injuries on Ingall's Peak.