Become an artistic glassblower, or simply enjoy all of the beautiful glass art at Callahan’s Firehouse Studio in Langley 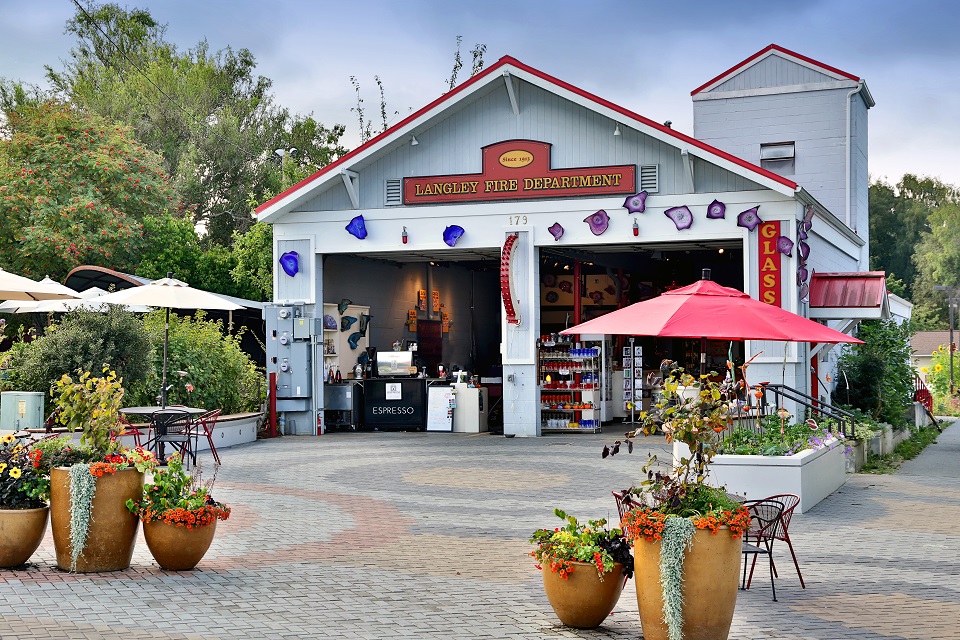 In 1988, when Callahan was only 14 years old, he discovered he had special talent for blowing glass.. He had worked with stained glass at an alternative high school in Everett, and says, “I knew at 14 that working with glass was what I wanted to do.”

He trained with several glass artists on Whidbey Island and developed his artistry to the point where he was ready to create a glass blowing studio in his Clinton home in 2000. 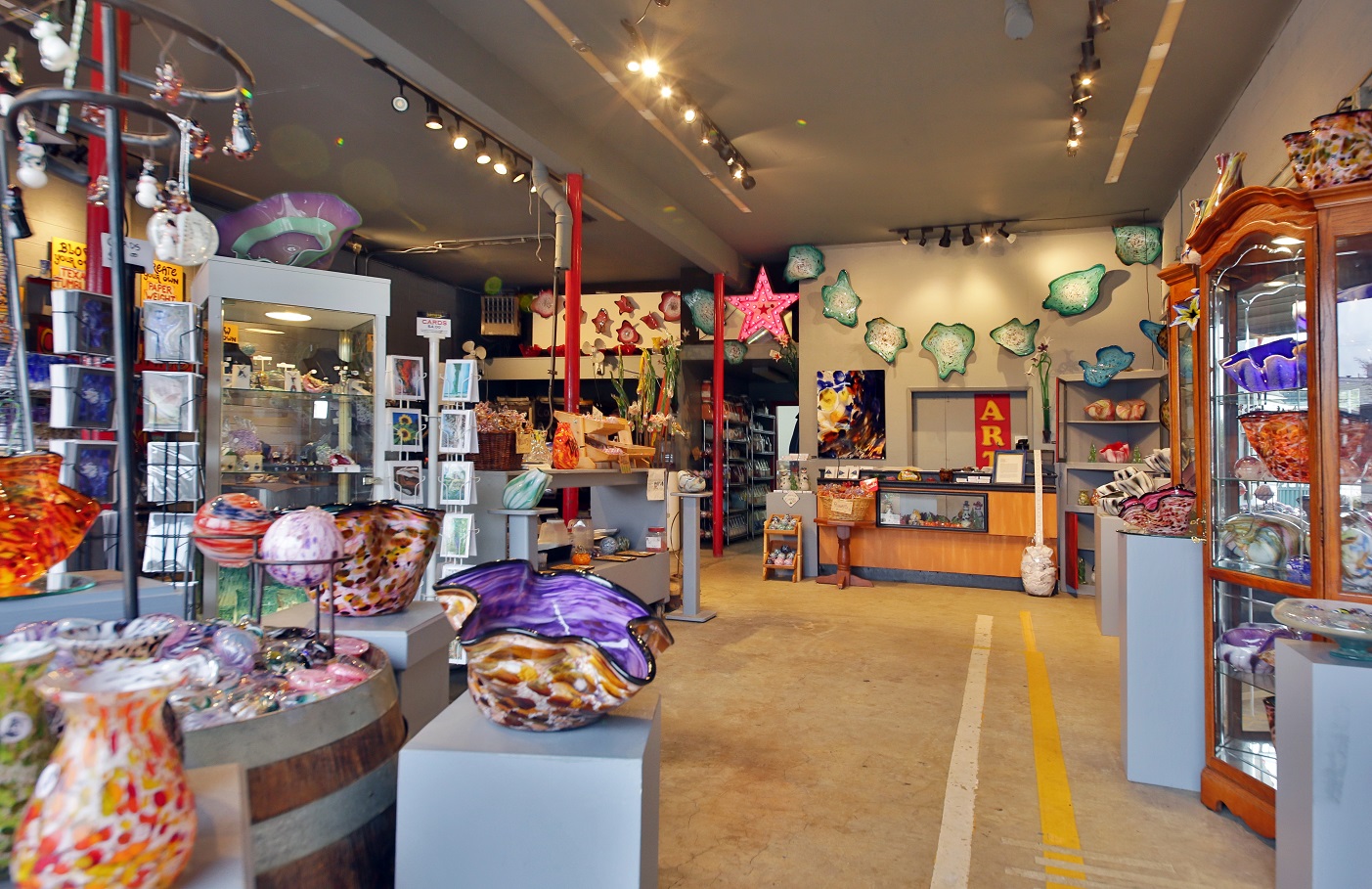 He became known for his glass works, and the demand for his glass art pieces increased to the point where Callahan began looking for a larger, more commercial location to develop a concept where he would continue to do his work and offer a space as a glass blowing studio where others could create their own art pieces. 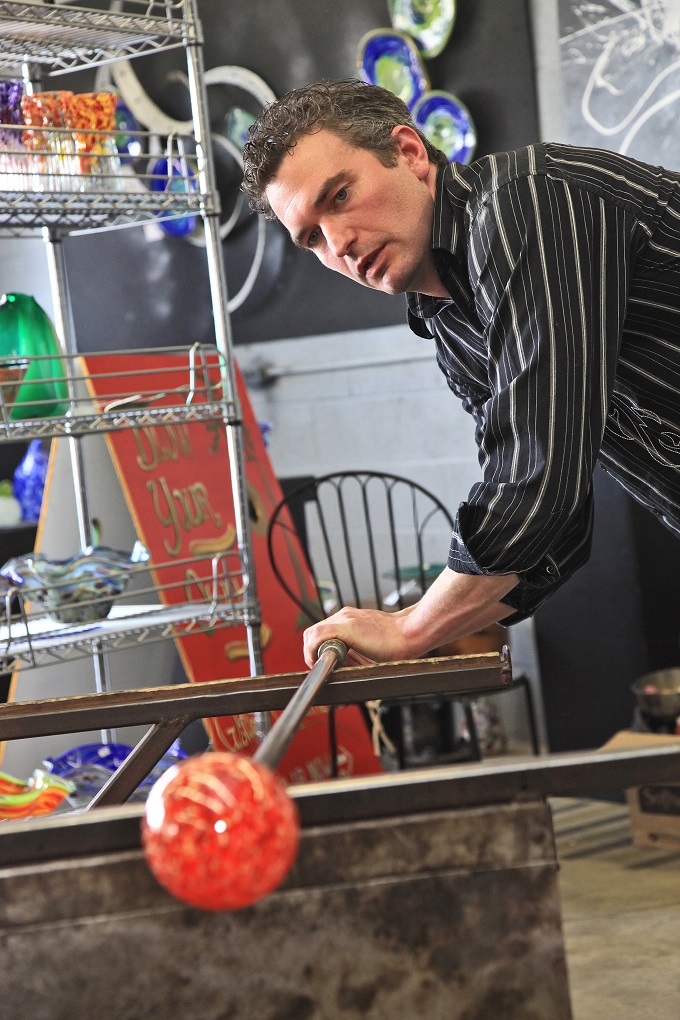 The 3,090-square-foot fire station became surplus when Island County Fire District 3 moved to its new $1.5 million station on Camano Avenue late last fall. When Callahan learned about the vacancy, he checked out the space and knew this was what he wanted.

He decided to maintain the Fire House name and his business is officially Callahan’s Firehouse Studio. The site includes a “hot shop” where he can demonstrate his glass blowing skills and teach glass blowing to individuals or groups as large as 10 people. Callahan says, ““Retail isn’t the primary focus of this space,” because showing others how to work with glass is his greatest pleasure.

The gallery and studio viewing area are open to the public and handicap accessible. Callahan invites walk-ins and suggests invites people to do a one-on-one glass blowing class with him: “You can blow a float, chile pepper, paperweight, or a seasonal item,” he adds. You can also take a one-hour blow-your-own-creation class.