WDFW offering up to $1,000 to encourage hunting on private property in San Juan and Island Counties 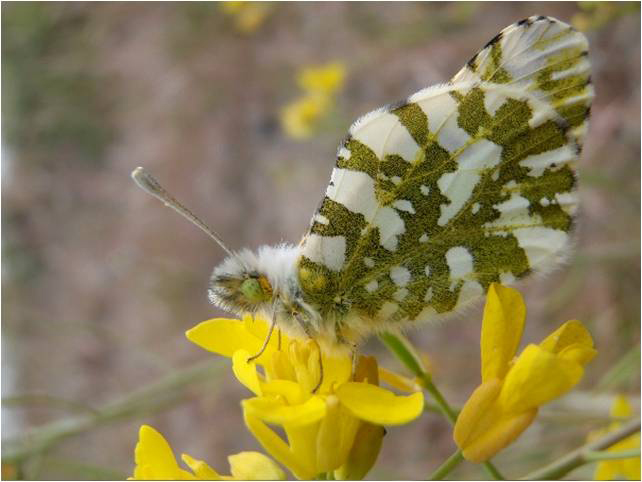 LA CONNER---The Washington Department of Fish and Wildlife (WDFW) is working to solve a problem more than a century in the making--overpopulation of deer that is putting pressure on birds, insects, and native plants on island habitats.

“Humans largely extirpated the predators on the islands as far back as the 1860’s,” said Ruth Milner, WDFW biologist. “And, with fewer people hunting the islands, deer are over browsing native vegetation, which means less habitat for other species.”

The stakes are high, including survival of the Island Marble butterfly, found nowhere except on San Juan Island.

Thought to be extinct since 1908, the butterfly was re-discovered by biologists during a prairie survey in San Juan Island National Historical Park in 1998.

The butterfly largely depends on tumble mustard. They lay their eggs on mustard flower buds, and their newly hatched larvae depend on mustard blossoms and leaves for food, said Milner.

Deer eat the mustard when other plants have been depleted, and thereby threaten the butterflies with extinction, she added.

“It is a win-win-win for the islands,” said Rob Wingard, a private lands access manager with WDFW. “If a property meets the criteria for a safe and productive hunt, we can work together with landowners to help native species, reduce islanders’ problems with deer and traffic hazards, and provide a unique experience for hunters seeking new places to find plentiful deer.”

Very little publicly owned land exists in in the islands, so for many hunters, finding a place to go hunting is a huge challenge, he adds.

Landowners who participate may qualify for up to $1,000. Funds for the hunting access portion of this project come to WDFW through the United States Farm Bill – the primary agricultural and food policy legislation of the federal government.

“We are not expecting this source of funding for hunting access via the Farm Bill on the islands in future years, so our ability to pay landowners is for this fall’s deer season only,” said Wingard.

Wingard works with WDFW’s private lands access program, a service of the Department that is little known on the islands, but vital in efforts to manage wildlife for recreation and game conservation.

To take part, island residents with more than five acres should contact Wingard directly at (360) 466-4345, ext. 240 or by email at Robert.Wingard@dfw.wa.gov to set up an appointment.

“If your land qualifies, you can make up to $1,000 and provide benefits to native species,” said Wingard.

Landowners can specify how many hunters may hunt at one time, where they are allowed to go on the property, and decide which days they can come, but under this program, they can’t specify who is allowed access, he said.

“Deer are a public resource belonging to all the citizens of Washington, so all hunters who buy a hunting license are eligible to participate in the private lands access program,” said Wingard.

Those who qualify and enroll in the program will benefit from liability protections under state law and will be involved in assessing options for how to match their needs with hunters looking for a spot to hunt, he said. Hunters would gain access to private lands only after any concerns with safety or land access from either the agency or the landowner are resolved.

“Deer are native to the islands and a valuable component of the ecosystem,” says Milner. “That said, their high populations are decimating plants that are food for a whole host of other species, so we are looking for ways to reduce their numbers.”

Other solutions the agency is exploring include working to create and secure voluntary agreements with landowners that encourage habitat conservation and partnering with federal, county, and non-profit organizations to create protected habitat for Island Marble butterflies on San Juan and Lopez islands.

Non-game conservation management and work are funded by state wildlife grants, federal grants, and other sources.

Hunting access and hunting opportunities in the state are supported by sales of hunting licenses, among other sources. WDFW license revenue from hunting goes entirely toward management of game and lands to provide hunting opportunities, often creating benefits for both game and non-game species.

WDFW is the state agency tasked with preserving, protecting and perpetuating fish, wildlife and ecosystems, while providing sustainable fishing, hunting and other outdoor recreation opportunities. This work--financed by the Farm Bill and other sources--demonstrates on the ground efforts to meet this mandate.

Persons with disabilities who need to receive this information in an alternative format or who need reasonable accommodations to participate in WDFW-sponsored public meetings or other activities may contact Dolores Noyes by phone (360-902-2349), TTY (360-902-2207), or email (dolores.noyes@dfw.wa.gov). For more information, see https://wdfw.wa.gov/accessibility/reasonable_request.html.