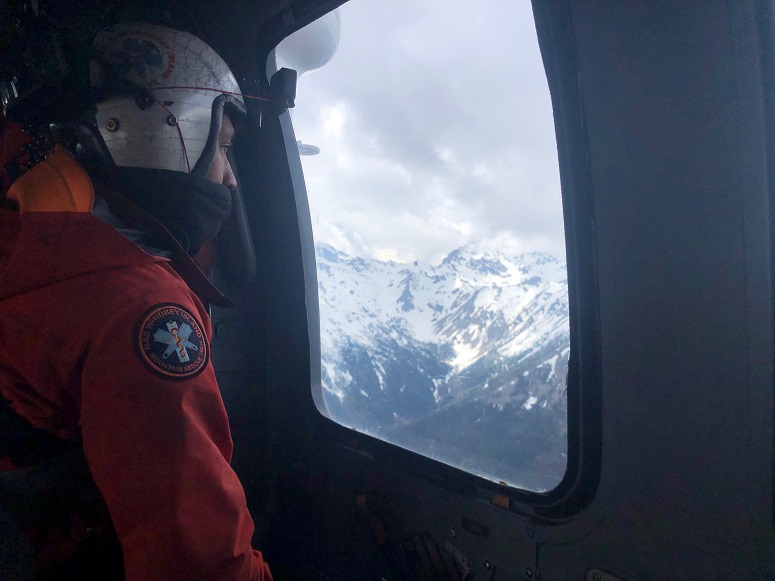 Both locations are in the Olympic National Forest, just west of the Hood Canal.

The SAR crew launched from NAS Whidbey Island at about 4:45 p.m. Saturday after receiving a request to rescue a 71-year-old hiker who had fallen down a 300-foot ice chute and suffered possible leg and head injuries.

The SAR crew arrived at the location, near Mount Ellinor, just north of Lake Cushman, at about 5:05 p.m. The ground rescue team from Olympic Mountain Rescue was at least a five hour hike away.  After about 15 minutes on station the clouds lifted enough for the helicopter to get near the patient, but the SAR crew was forced to insert two rescue crew members 800 vertical feet below the patient. 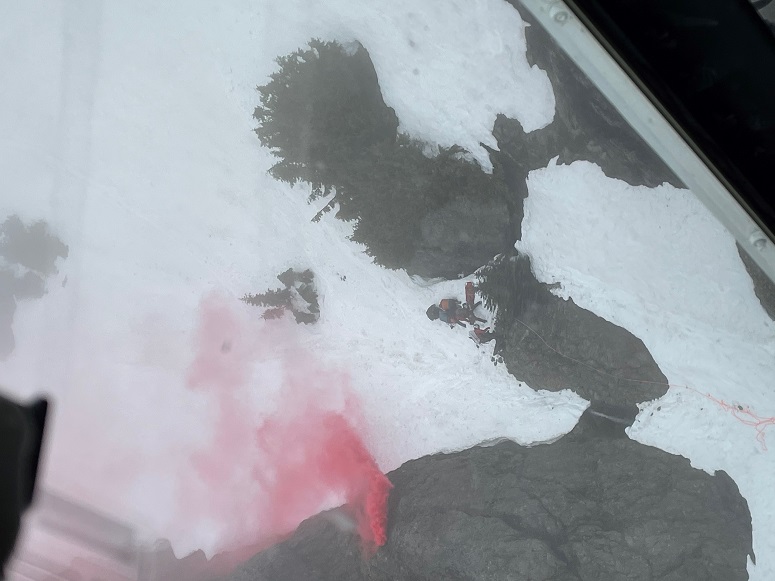 With crampons, ice axes and their litter, the two crew members took about an hour to climb up the ice shoot 800 feet to get to the patient.  The SAR pilots were able to fly back to Boeing Field, refuel, and return for extraction in the time it took the crew members to reach the patient and prepare him for transport.

After being back on station for about five minutes, the SAR crew was able to get through a hole in the cloud layer to extract the two crew members, the patient and the patient’s partner. The patient was taken to Harborview Medical Center in Seattle where they landed by about 7:05 p.m.

Sunday a SAR crew was called to rescue two hikers, one male and one female, both in their thirties, who had fallen at about 5,700-foot elevation near The Brothers Mountain. The hikers were descending a slope when one of them lost their footing and began to slide down the mountain. The other fell as well and at one point they collided in a narrow chute before the female hiker slid toward a crevasse. The male hiker caught the female hiker, who was unresponsive at this point, and held her for as long as possible, reported as 15-20 minutes, before his grip failed and she fell into the crevasse. He was helped onto a nearby rock ledge by other hikers.

The SAR crew launched at about 2:20 p.m. and was on station about 25 minutes later to find heavy cloud cover, forcing them to fly a holding pattern at about 7,000 feet. When an opening materialized they were able to insert two crew members, who then had to traverse the treacherous slope to the rocky ledge. The male patient was found to be physically stable. 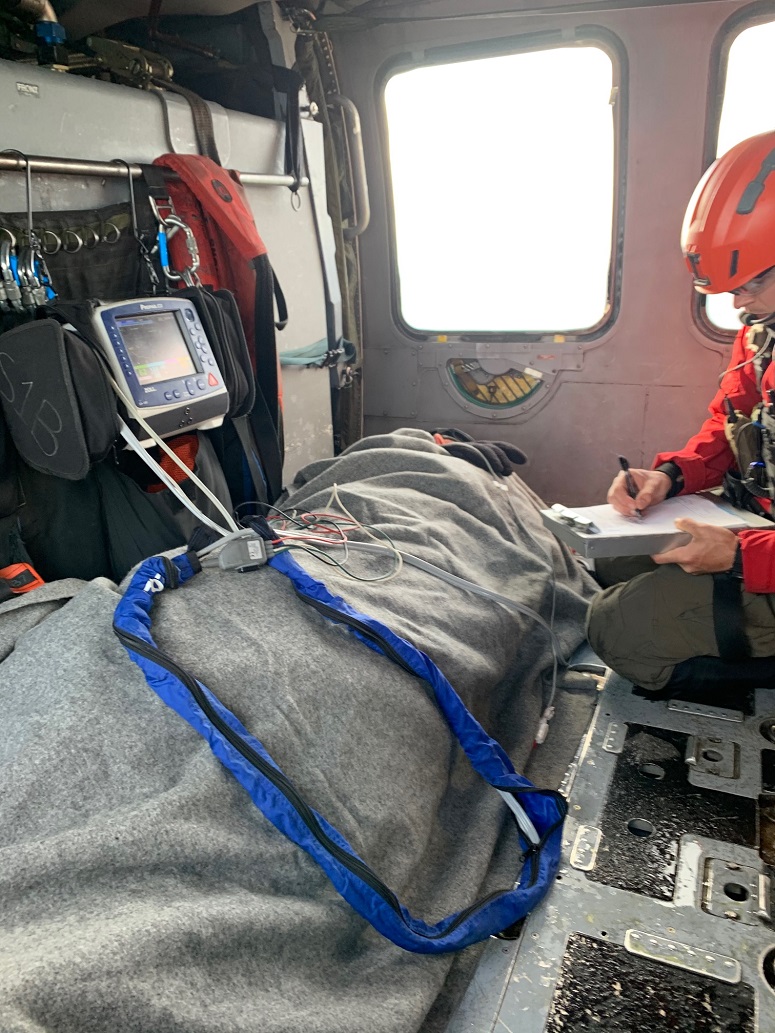 At the crevasse edge the crew members on the ground were unable to get a vocal response from the female patient below so the SAR helicopter flew to Brinnon, Wash. to pick up 3 Jefferson County Search and Rescue personnel to affect a crevasse rescue. Unfortunately, when the female patient was pulled up from the crevasse she was reported deceased. She was extracted by hoist and turned over to Jefferson County Sheriff’s Office in Brinnon.

Because of incoming bad weather and the sun going down the SAR crew extracted the rest of the hikers by hoist and delivered them all to Brinnon.