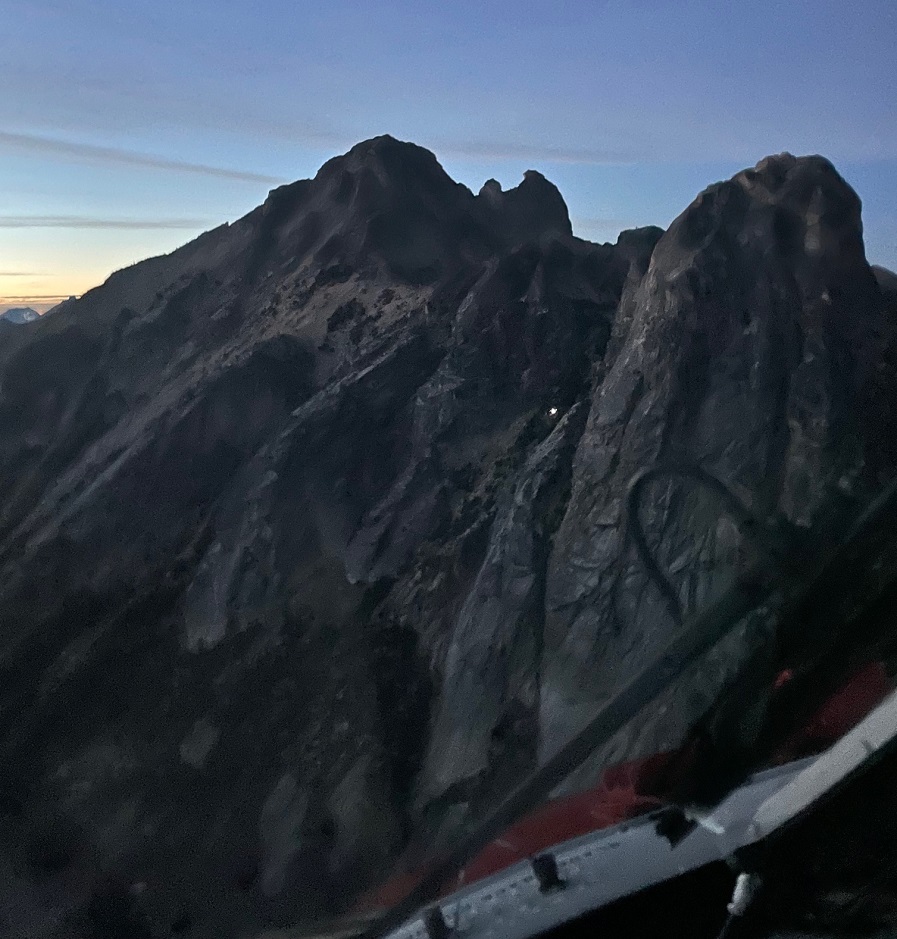 NAS Whidbey Island received the alert late Sunday afternoon of a hiker who suffered a compound fracture of his ankle in the eastern part North Cascade mountain range within Okanagan County. The SAR team launched from the base shortly after 6 p.m. and made it on scene by 7 p.m. The USFS SAR team was on site and

After locating the injured hiker on a small shelf at in a chute along a cliff face at 7,200 ft., and making approach adjustments, a rescue team rappelled to the scene to prep the patient for transport. With the assistance of the USFS SAR team on site, the Whidbey crew was able to  expeditiously secure and hoist the patient aboard the aircraft by 7:45 p.m. The crew flew to Omak to refuel before transporting the patient120 miles southwest to Harborview Hospital in Seattle.