Gideon Freudmann is a unique cellist and composer living on Whidbey

Gideon Freudmann recently moved to Whidbey Island where residents and visitors are learning more about his distinctive musical talents.

He grew up in Connecticut and moved to the northwest 16 years ago. Shortly after visiting Bainbridge Island, he discovered Whidbey. After living in Portland, Oregon, he wanted to be part of a more rural community. Following a few more visits to Whidbey Island, he decided it was time to make the island his home.

Prior to his move, he performed a few house concerts on the island and met Robbie Cribbs. Gideon and Robbie have been collaborating musically and are in the process of making an album together.

Gideon says, “My music is unusual and difficult to categorize, but I’ve been fortunate to find many varied opportunities to share it.”

As a young music student he studied classical technique and repertoire. His talents and curiosity led him in many directions. In addition to performances at numerous venues (including many coming up on Whidbey), he has specialized in composing music for films. He also offers workshops that include exploring extended cello techniques, improvisation, and playing as a solo instrumentalist as well as part of an ensemble. 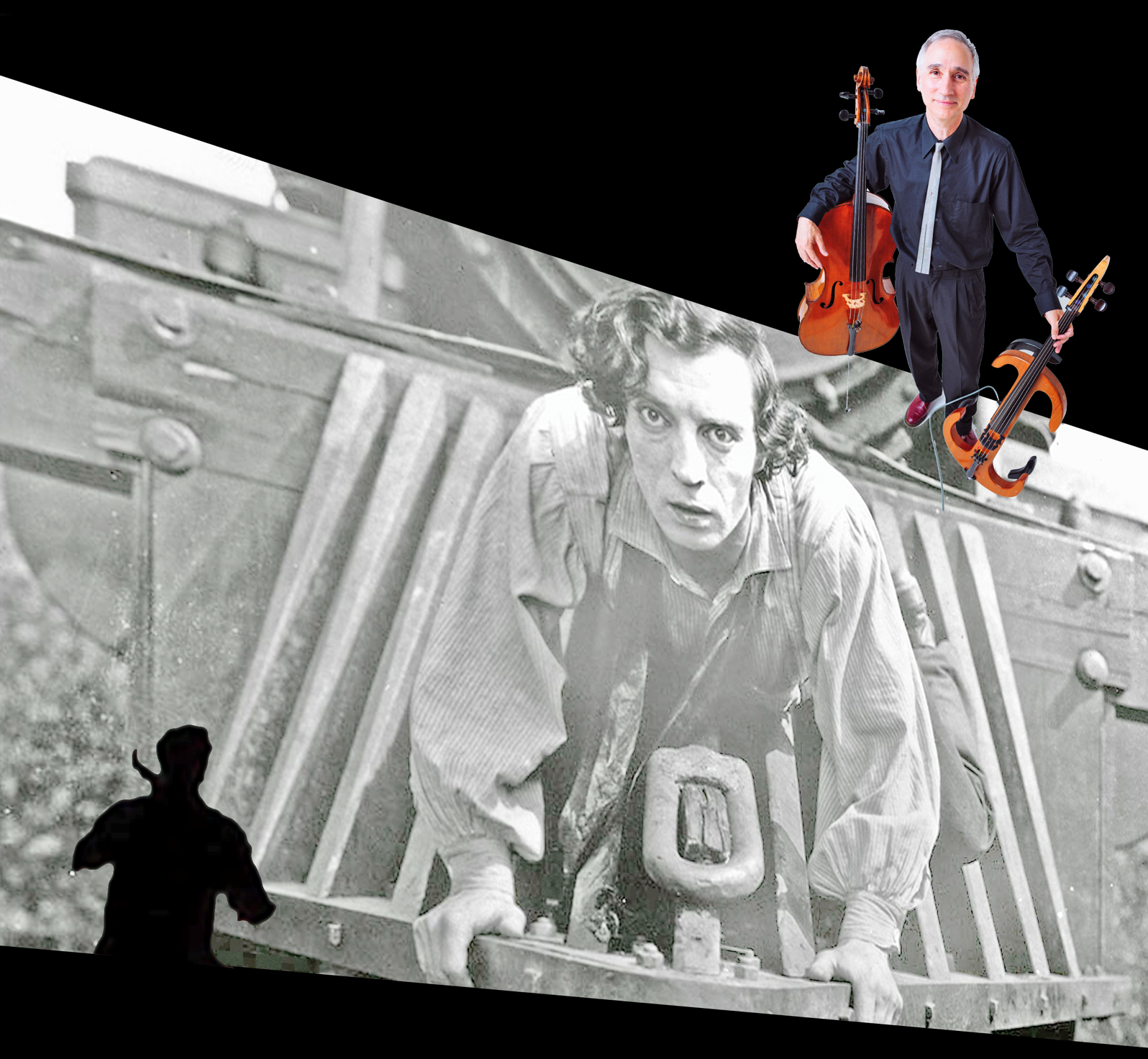 One of his special niches has been writing and performing music for silent films. You will have an opportunity to see Buster Keaton’s 1924 comedy, “Sherlock, Jr.”, with Gideon’s music setting the mood for this brilliant and hilarious film at on May 21st at 2:00 p.m. at The Clyde Theatre in Langley. His compositions have also been in modern films, TV shows and commercials.

While his music has been described as unusual and quirky, he recognizes that this has opened many doors for him as he pursues his ongoing mission to make cello music more current, joyful and fun. He says, “People hearing my music are discovering that cellos are quite versatile.”  An innovative composer and enthusiastic improviser, Gideon adds, “I am a rule breaker with my music, I am always exploring new sounds and settings for the cello.”

Upcoming performances on Whidbey include:

To learn more about Gideon Freudmann, his history and upcoming performances, check his website: www.cellobop.com.

Enjoy stories, songs, rhymes and creative activities together as a family to prepare for the wonder of reading. ...
26 May
Library Events

The year is 1536, and you are in the exalted presence of Isabella d’Este, Marchesa of Mantua, a prominent patron...
27 May
Theater Events
View More
Advertisement
Previous Next