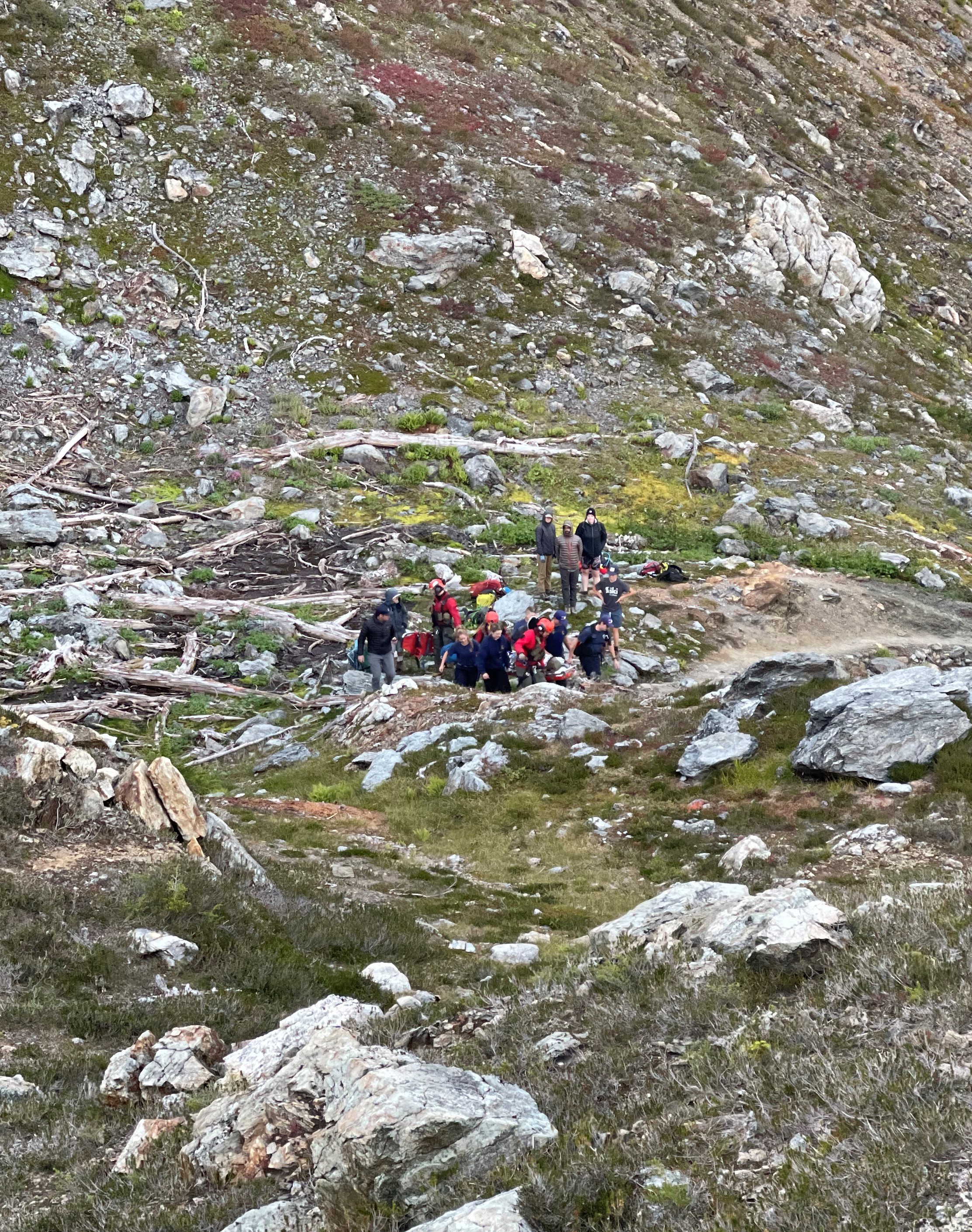 The SAR crew was alerted at a little before 6 p.m. that a hoist rescue was required. The SAR crew launched at about 6:30 p.m. after getting more refined information from the Whatcom County Sheriff’s Office and fire rescue crews that had hiked in to the patient. When they arrived at the location they found the winds and elevation were too dangerous for a hoist rescue so they landed approximately 60 yards upslope on the crest of a ridge.

With the help of the rescue personnel on the ground the patient was carried up to the waiting aircraft. The patient was transported to St. Joseph Medical Center in Bellingham, Wash. where they arrived just before 7:30 p.m. 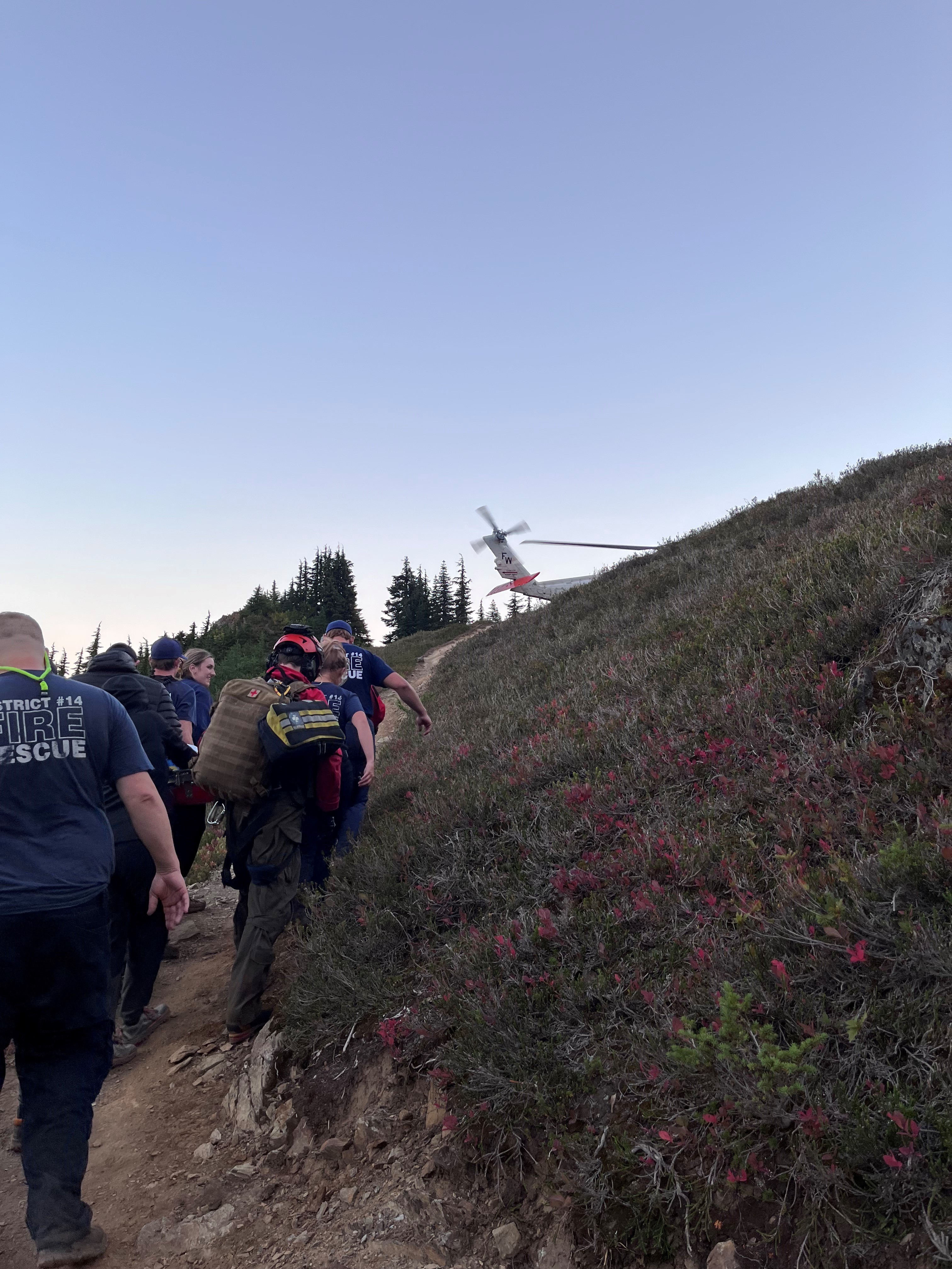 Naval Air Station Whidbey Island Search and Rescue (SAR) crew members work with Whatcom County Sheriff’s Office and Fire/Rescue crews to move a 73-year-old female patient with a broken ankle to the waiting SAR helicopter in the evening of September 19, 2022. The patient was injured on Yellow Aster Butte Trail northeast of Mount Baker and transported to St. Joseph’s Hospital in Bellingham, Wash.

Join us in your coziest jammies for a family storytime. Then leave your stuffed animal buddy with us for the night as...
5 Feb
Library Events

Jump and bounce together into a world of stories, music and movements that nurture the desire to read. This is an...
7 Feb
Library Events
View More
Advertisement
Previous Next