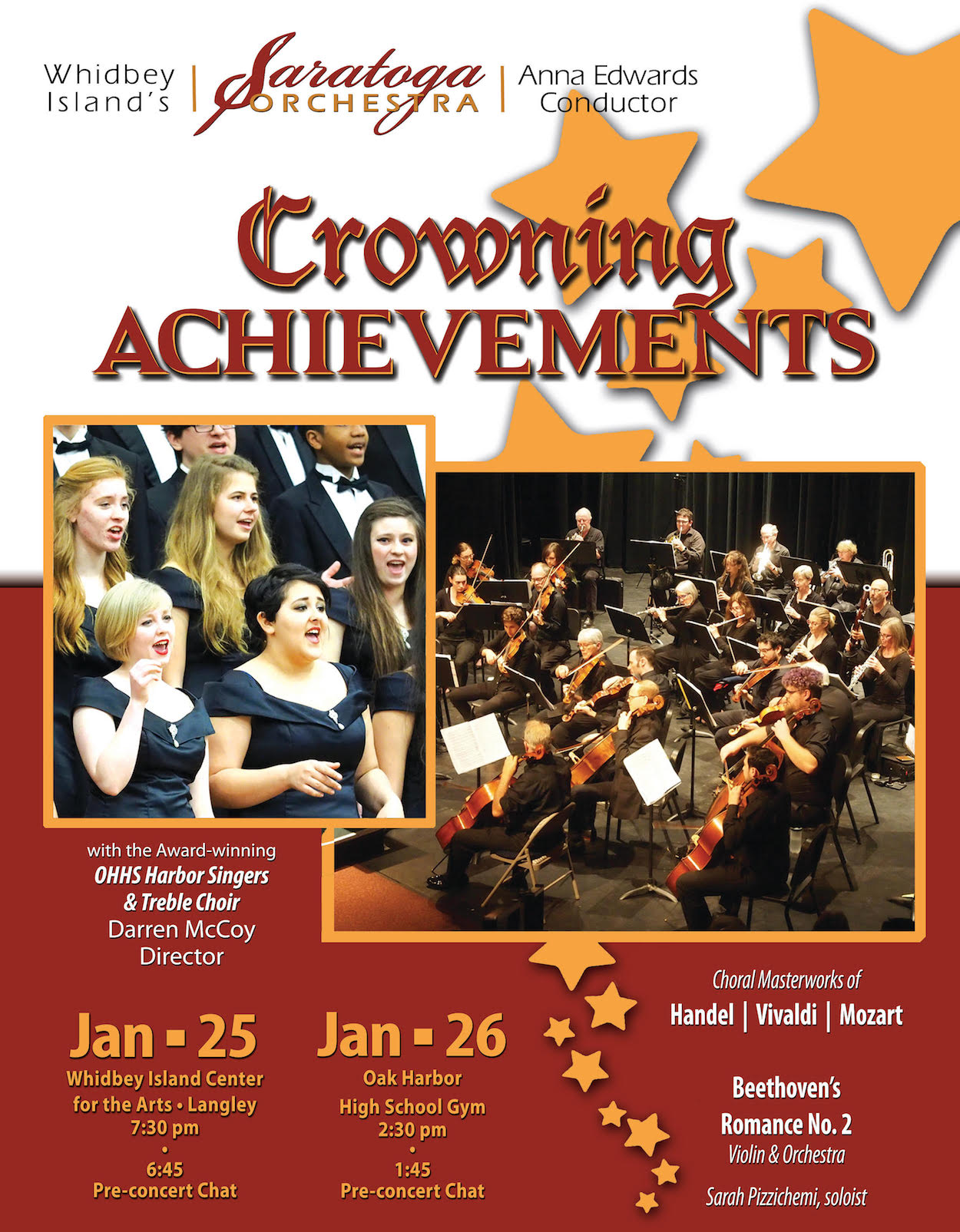 Whidbey’s Saratoga Orchestra presents Crowning Achievements, a set of programs on January 25, 7:30pm at Whidbey Island Center for the Arts in Langley and January 26, 2:30pm at Oak Harbor High School. Music Director Anna Edwards will lead the orchestra in a program featuring the award-winning Oak Harbor High School choirs, under the direction of Darren McCoy. The Oak Harbor choirs are repeatedly ranked among the best in the Pacific Northwest region and have received numerous accolades and glowing reviews usually reserved for collegiate choirs. Past collaborations with Saratoga Orchestra have included Carl Orff’s Carmina Burana, Vivaldi’s Gloria and Gabriel Faure’s Requiem. 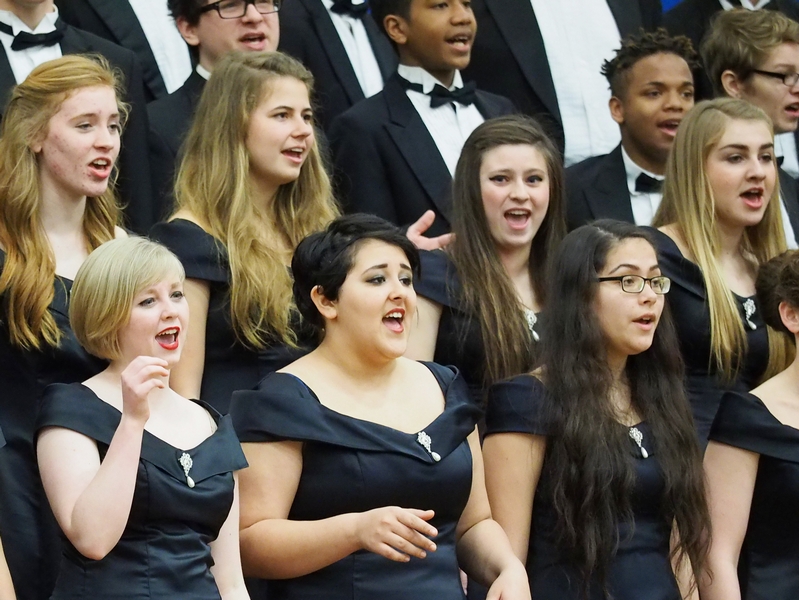 As an added bonus, Marta Zekan, weekend announcer at Classical KING-FM 98.1 radio, will be moderating the pre-concert chat 45 minutes before each performance. These informal discussions give further insight into the compositions, composers and performers.

General Admission concert tickets are $25/Adult and $20/Senior-Military. Students under 18 admitted free. Program information at www.sowhidbey.com or 360-929-3045. Tickets available for January 25 concert only at tickets.wicaonline.org or 360-221-8262. Tickets available for the January 26 concert at bayleaf in Coupeville, and Click Music in Oak Harbor and day of tickets at Oak Harbor High School.

Join us for a great book discussion of Tiffany D. Jackson's "Monday's Not Coming," about the mystery of one teenage...
21 Jan
Library Events
View More
Previous Next